The last time I was on here, I wrote about how I moved to Austin, TX and how that was part of the major change I went through (and am still going through) in my life. I have to say, I was not thinking that so many people would read what I had to say, besides my closest three friends, and maybe some of my family. I had people from all over the world read what I had to say. The thought is so wild to me. I have had a couple of foreign exchange students, so I knew their countries were accounted for. But then I had people from New Zealand, Africa, and Brazil reading. Let me get this straight though…my version of “so many people” reading is probably not the same as yours. I think I had about 300 people read MY words. It really got me thinking about the affect people have on one another, and how foolish it is to think that no one cares about what we have to say or how we feel. I thought to myself, if ONE person read it, and could relate with what I had to say, then my purpose is fulfilled. However, I believe some have gotten the wrong impression on what I am trying to accomplish here. Writing is therapeutic for my soul. I normally write in a small notebook that I bought at Earthbound a couple of years ago. In this last year, I’ve grown to be more comfortable in sharing my writing because it’s how I connect with others. Regardless of my fear of how I may be perceived, I will always try to remain true to myself first and foremost. I am not here to tell you how to live your life. I don’t want “followers”. These are my experiences, that only I know about. What I do want for you, my readers, is to try to understand different perspectives in life. Because if you all think the same exact way that I do, then what am I doing here?

Well, it’s officially been a year since I’ve been here, and I’ve got to say, it’s been a hell of a ride. I’ve lived in the Lake Charles area for most of my life, and even though it was all new and exciting, it was pretty intimidating as well. You can ask any of my family members or closest friends, I sometimes would get lost if I were even 20 miles out of the  vicinity of my hometown. Yes, I know…how ridiculous! *laughing* but it’s true.

I made the decision the day before to leave Louisiana. It was overwhelming at the time because it was so beyond anything I’ve ever done before, but it was something that I felt had to be done. I called my brother Josh, who lives in Kentucky, to help me out with gas money so that I could go. He was concerned, but understood the predicament I was in at the time. He asked me if I had prayed about it, and I told him me and God weren’t exactly on the same page. I told him how long I had manifested the decision, and he agreed that it was good for me to get out and breathe. I packed a couple bags, and hit the road. Even though I was nervous about the whole thing, I was exhilarated. As I was driving each mile away from Lake Charles, I felt a whole new energy in myself. It was excitement! I hadn’t felt excited in so long!

I got to my friend’s place in central Austin, who lived on West Campus at the time. Let’s call her Christina. Christina was still working by the time I got to her place, so I let myself in, dropped my bags in exhaustion from the five hour trip, and found a nice space on her balcony to smoke and unwind. One thing about Christina is that she is a whirlwind. She has this way with always keeping people on their toes. She immediately gets out of her business attire, and the next thing I knew, she had convinced me to walk the town. We walked around the Capital, downtown, around campus. Finally I had convinced her to go back to her place, where we had made plans to go see a friend of hers for drinks. We were sitting on the balcony watching college students walk back to and from their apartments and sorority/fraternity houses. As we were sitting there, I get a phone call from my Dad. He sounded frantic and I couldn’t understand a word he was saying, so I went inside to get away from the outside noise. All I could hear is, “He’s gone” through his tears. I said, “Who’s gone Dad? What’s going on? Slow down so that I can understand you. Whatever it is, it’s going to be okay.” He didn’t answer me and kept sobbing. Finally he said, “Josh died. He’s gone. My son is gone.”

I sat there in disbelief. I mean, I had just spoken to him a few hours ago, as I was making my trip. The only words I could muster were, “Who did you hear this from? Are you sure? I just spoke with him not long ago.” I asked him what the plans were, since he lived in Kentucky. My Dad told me that he was making plans with my younger sister, Lakyn and her boyfriend to be able to ride with them. He said I could drive back to Louisiana and ride with them, but that sounded just as good as walking on hot coals. Plus it’d be an extra 5 hours out of my way. It may sound dramatic, but my Dad was not the easiest person to be around already, and I really didn’t think I could handle seeing him grieving just yet. I told him I would go ahead and drive from Austin to Louisville, KY. Christina was getting ready to leave to meet her friends, and I told her I just wanted to be alone to figure out what exactly I was going to do and when. She gave me a long hug, and told me to call her if I needed anything.

It took all of 30 minutes of anxiety for me to decide that I was going to jump back in my car and go to Kentucky. I packed what was necessary and left what I didn’t need at her place. I started my trek and sat there completely numb. At first I didn’t listen to any music, I just rode in complete silence. Finally, I was able to grieve. I remember yelling at my brother in my car. I just kept saying, “You have kids that needed you! How could you just leave?!” It was a series of salty tears going down my face that would become blinding when I couldn’t catch a grip. I remember having to pull over at one moment because I couldn’t see through the tears. I kept telling myself to breathe. That I’ll get through it. But the thing about grief is that it takes time to get used to the heart ache, to not miss them as much. As an impatient person, it was agony. I was already grieving over a different death that had my mind warped. Now I had this to add to my existing pain? Not to mention, I could only imagine what my Dad was feeling…my younger brother and sister…all of our lives were completely turned upside down.

My Mom was finally able to convince me to stop in Memphis at a hotel she prepaid for to get some rest. I got to the hotel where I slept for an hour, before I was jolted awake because I convinced myself that this was all a dream. I opened my eyes and came to the damning realization that it wasn’t. I felt the burning tears again. My whole face hurt from all of the crying. I told myself I needed to keep it together for my Dad.

I went, I saw, I was there for my Dad and family, and then I left. Made the entire trip back to Austin in one trip, because I figured the sooner I got back, the sooner I could move on.

Obviously, I didn’t just move on. I have gone through this year thinking of flashbacks, which brings tears, smiles, anger, and laughter. It’s still a process. The key is making yourself feel it, and breathing through it. You can’t numb yourself forever. I have to wonder if part of his purpose was to get me here to Austin. Maybe his last purpose on Earth. I think back to last year, considering how terrible 2017 was, of who I was then and now. I am now a better version of myself than who I was before the loss. It took those losses for me to gain an entirely new perspective on life. To reach the darkest depths of grief and depression, not feeling like you’ll ever be able to appreciate sunlight again. Only to come out better that I was before. Terrible situations will never be a part of your plan, it’ll always wreak havoc. It’s how you decide to move forward that is the true key. And as I’ve said, making yourself feel the grief is part of it. You can’t put pressure on yourself and expect to make a full turnaround, because sometimes when people we love leave us, a part of us goes with them. And that’s what can change and challenge a person. Persevere, persevere, persevere, my readers. That’s the only way you can be sure to grow. 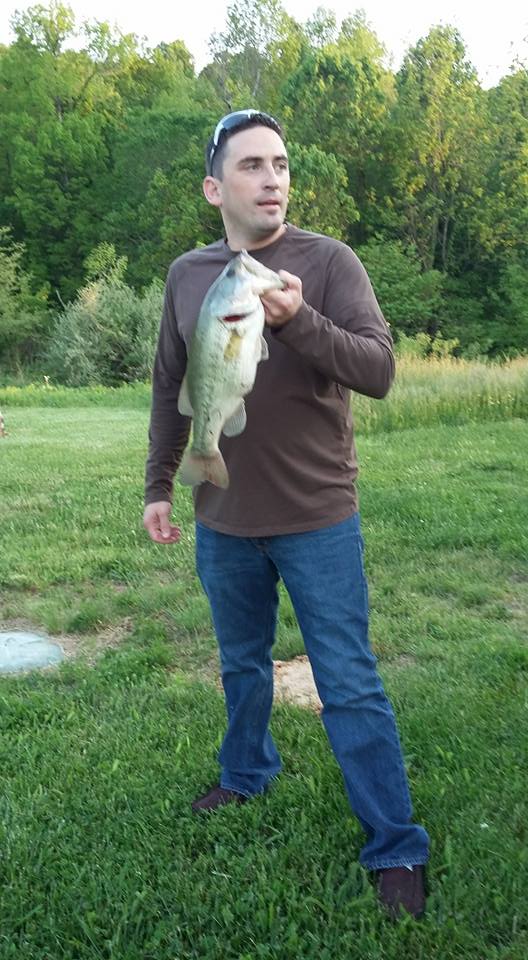